Overview of our Research on Cross-Cultural Neuroscience

Each and everyone of us experiences different sorts of environmental and social interactions. Some of these differences in external experiences are based on the different culture groups that we each belong to. Evidence suggests that there are culture-related differences in cognitive processing styles across individuals from different people groups. For example, it has been shown that Westerners engage more analytic processing styles involving greater attention to object features whereas East Asians engage more holistic processing styles involving greater attention to contextual information.

The implication of these findings is that neurocognitive trajectories over the lifespan are not immutable, but are malleable to external experiences. As such, the interaction between culture-based influences and biological-based factors are important considerations for understanding how the brain works and for developing interventions that are beneficial for human cognition.

The figure below shows that young adult Westerners and East Asians have comparable brain responses when processing visual stimuli consisting of objects and background scenes (adapted from Goh et al. (2007), Cogn. Affect. Behav. Neurosci., 7(1), 44-52). By contrast, older adult Westerners show object and scene processing responses, but older East Asians show scene processing responses with significantly reduced object processing regions engaged. These findings suggest that culture-related bias for contextual processing may have accentuated background scene attention at the expense of object attention in older East Asians. This could possibly be due to age-related reduction in attentional resources for complete processing of the both aspects of the visual stimuli. 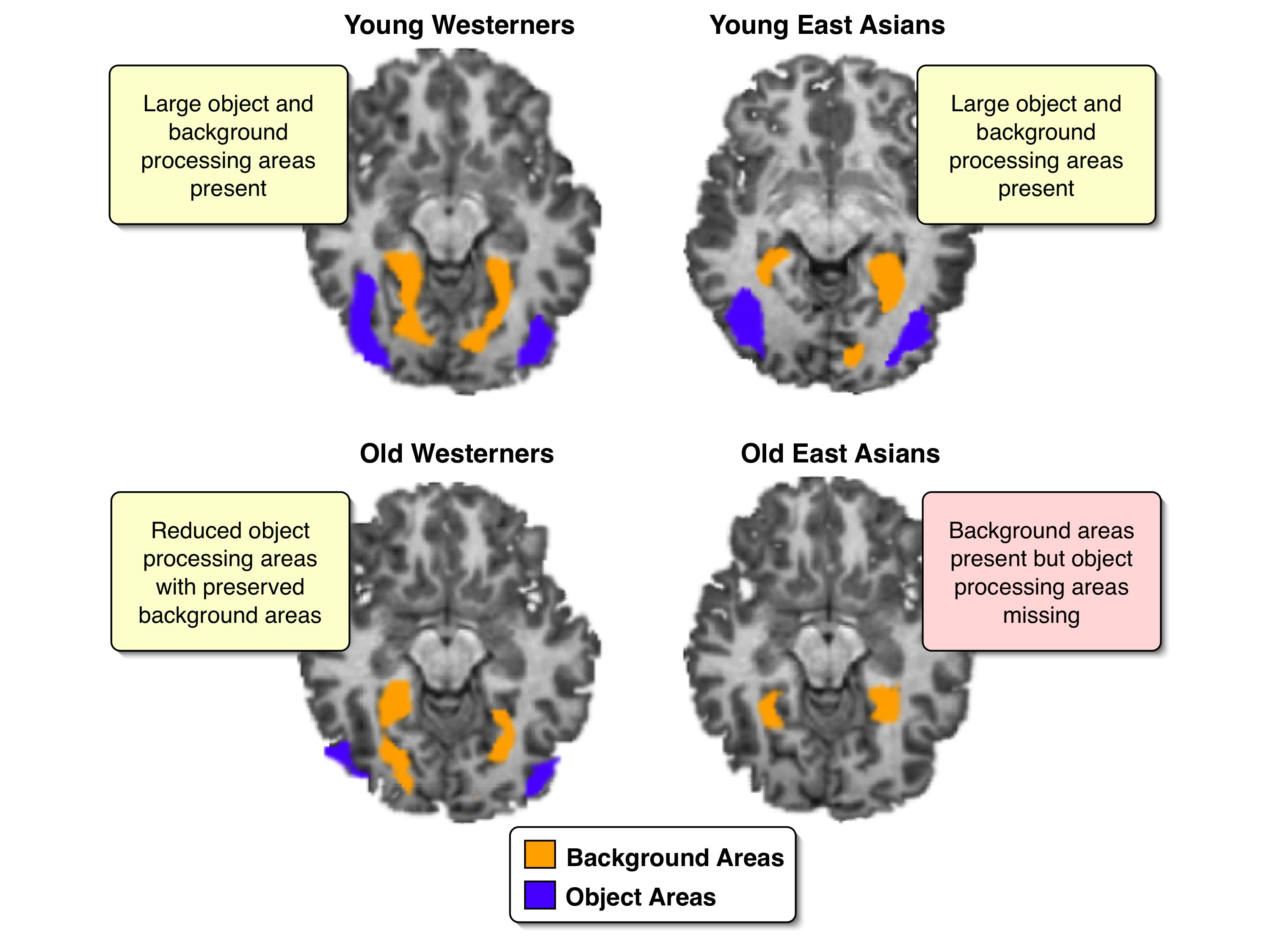 Further work is necessary to determine the sources of these culture-related effects, the extent of their influence, and to identify key aspects of the different cognitive styles that may have bearing on age-related changes in brain structure and function.